Skip to main content
It looks like you're using Internet Explorer 11 or older. This website works best with modern browsers such as the latest versions of Chrome, Firefox, Safari, and Edge. If you continue with this browser, you may see unexpected results.

The purpose of this guide is to help VDOT employees find and use Skillsoft Books (formerly called Books24x7), a subscription database providing access to tens of thousands of E-books and videos.

The previous interface utilized "Notes" which lets users insert notes/comments in a precise location of a book. The new interface has the same feature, with the same name and it works the same way. However, a note in the in the new interface looks a bit different than a note in the old version, as shown below. To re-create notes, we recommend you either make hand notes of the locations of notes you want to preserve, or use the Windows Snipping Tool and Microsoft's Cut/Copy/Paste commands to capture your precise note from the old interface and put it into the new interface.

In the previous version of Books24x7 notes looked like this: 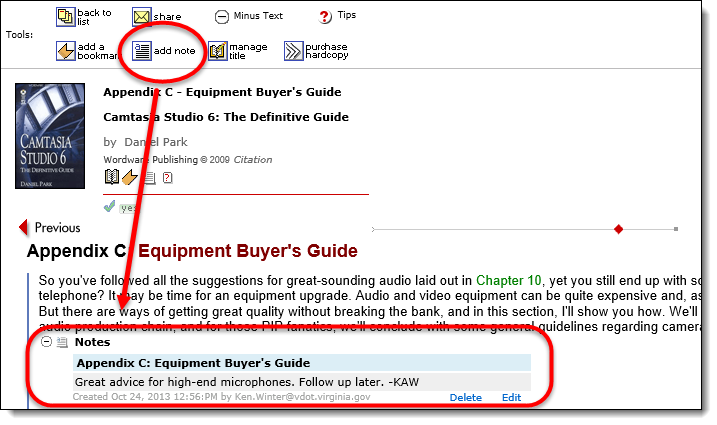 In the current version of Skillsoft Books, the same note in the same location looks like this: 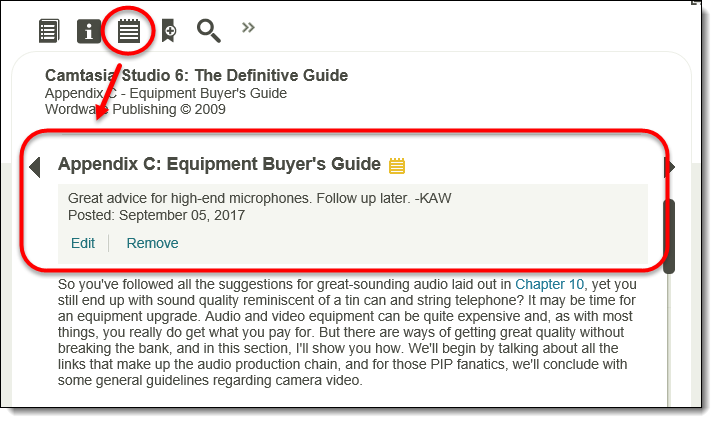