Skip to main content
It looks like you're using Internet Explorer 11 or older. This website works best with modern browsers such as the latest versions of Chrome, Firefox, Safari, and Edge. If you continue with this browser, you may see unexpected results.

The purpose of this guide is to help VDOT employees find and use Skillsoft Books (formerly called Books24x7), a subscription database providing access to tens of thousands of E-books and videos.

Gave you the option to create Personal Folders.  You could place items (books, videos, etc.) in those folders to keep track of them for later use. Folders appeared on the left-hand menu as shown below. At the end of the folder list was an option to Manage Folders. From there you could see the folder name, number of items in it, and any Notes in those items. You could also add/delete or rename folders. 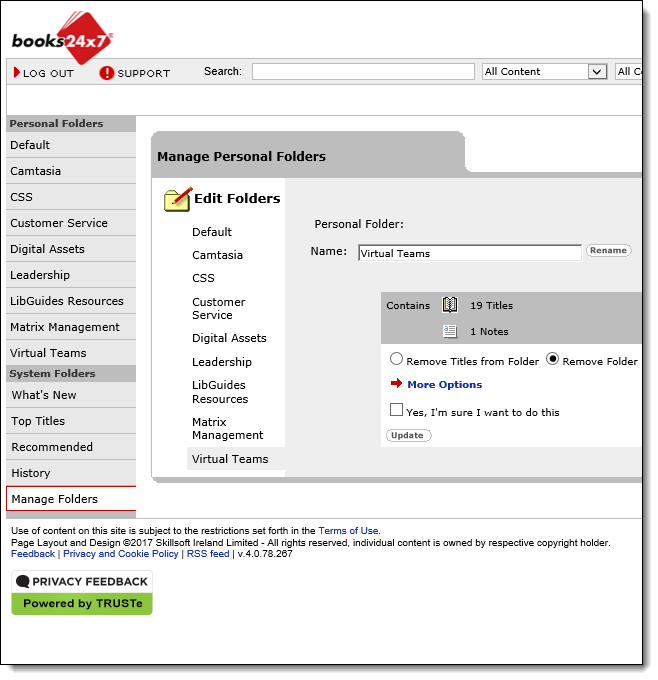 The new interface uses a My Bookshelf feature, and allows you to create a Set, which is equivalent to the "folder" from the old interface. You can also add a Learning Event (such as a live talk) here.

Like the previous interface, all items or events you organize this way appear on the left-hand side of the screen under a heading titled Personal Learning as shown below: 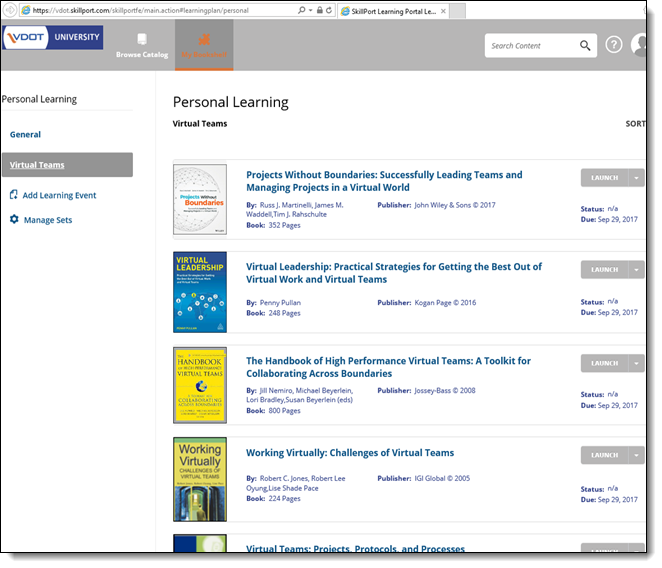 All personal features from the old interface appear in the new interface, but they are in different locations and some have new names. 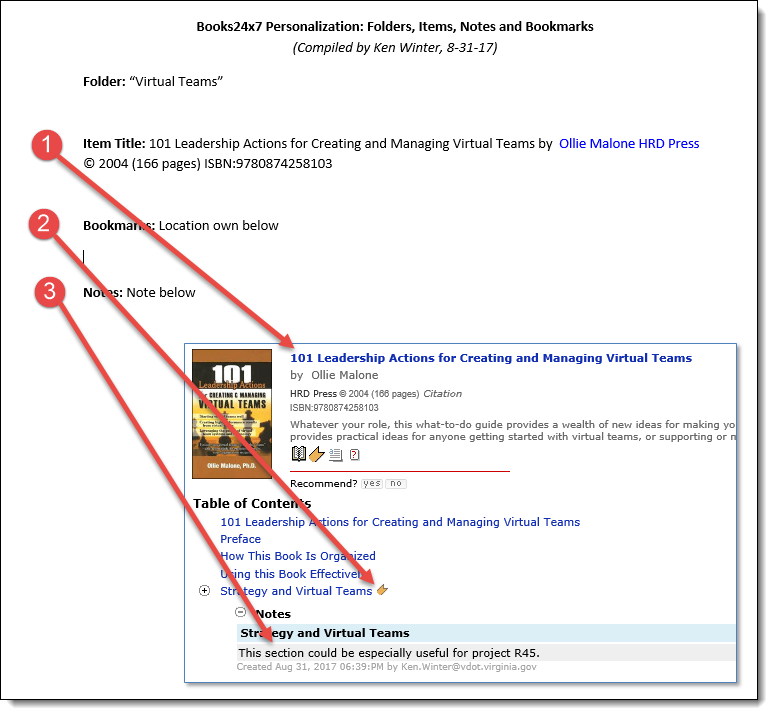 First, we created a Word document with the categories: Folder, Item Title, Bookmarks and Notes.
Next, we went to the Folder/Item in the old interface and used Cut/Paste to capture the text of relevant areas and copied them to our Word document.
Finally, we used the Windows Snipping Tool to capture an image of the content and embedded the image in our word document for quick reference when we re-create these elements in the new interface.
Arrows (From the Screen Capture)
Point to the Following:

1. Title: Exactly as it appears in Books24x7. Includes Title, author, ISBN, publisher and year of publication.

2. Bookmarks: Note the precise location of the bookmark is shown.

3. Notes: The exact note is shown along with a time/date stamp.

Note: Do not delay! VDOT will sunset the previous Books24x7 interface on October 1, 2017, at which time all your personal folders, notes and bookmarks in that system will become permanently inaccessible.